Posted on March 4, 2019 by TBR Network Leave a comment 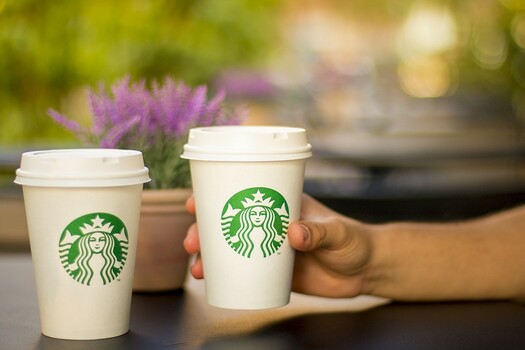 Wander down any of Dublin’s inner streets and the success of Starbucks is striking. Their cafés bespeckle the city’s thoroughfares more than fifty times and their expansion is by no means slowing. As determined by The Irish Times, “Ireland is now home to more Starbucks, per head of population, than anywhere else in Europe.” Vying for dominance of the caffeine-craving market with Insomnia and Costa, the firm maintains a solid foothold by every metric. So where did the company go wrong in Australia? Sydney has more than eight times the population of Dublin, yet operates thirty-three less cafés.

Australians drink on average three or four cups of coffee every day. The country is home to 6,500 independent coffee houses which bring in $4 billion annually. Starbucks has seen success practically everywhere else in the developed world, operating almost 30,000 stores in 75 countries. Was this not a match made in heaven?

The story of the mega-chain’s relationship with Australia’s multi-billion dollar coffee market begins in Sydney, where their first store opened in 2000. It opted to spread at a somewhat frantic pace throughout Australian cities and suburbs – as well as in more rural regions.  By 2008 Starbucks operated 87 cafés across the continent. This hasty strategy of capturing a portion of Australian market share through swift expansion rather than gradual and incremental integration proved to the firm’s detriment.

The firm did little to adjust its business model to adapt to the Australian market and as a result presented a café experience at odds with the indigenous coffee culture. It opted to copy-paste its formula of breakneck expansion and fast service, having seen tremendous results in North America, Europe and Asia. This conflicted with Australians’ long-established appetite for a slower, more relaxed and thoughtful café experience.

Rapid growth of a distinctly American mega-chain was perceived as a commodification of their more community-oriented coffee scene, and this left a for-once unwelcome bitter taste in Australian coffee-lovers’ mouths. Starbucks also charged more than native counterparts, and consumers were less than keen on the beverages’ higher sugar content.
All of this led to a spectacular crashing out of the market, seeing over $100 million in losses in its first seven years. After borrowing over $50 million from its American division to stay afloat, Starbucks shuttered a whopping 61 stores in 2008.

But the firm hasn’t thrown in the towel. In 2014 Starbucks entered into a partnership with the Withers Group, the multinational which operates 7-11, in an effort to reinvigorate the brand. It now operates in 39 locations – up from 22 in 2014 – in Sydney, Brisbane, Melbourne and the Gold Coast. The renewed attempt to instil love for Starbucks’ coffee in Australia focusses no longer on Australians themselves, but visitors enticed and comforted by a familiar brand. It chooses to open stores in locations abuzz with tourists – and no wonder. More than nine million international visitors make landfall down under every year, and, according to Tourism Australia, 2018 was the third consecutive year that tourism has outpaced the growth of the Australian economy.
​
Starbucks sees such swelling numbers of tourists – many of whom are doubtlessly already in love with the brand from back home – as their ticket to success on the southern continent. Is the company’s newfound tourist-centric vision a brew for success, or is it high time they wake up and smell the coffee?

This site uses Akismet to reduce spam. Learn how your comment data is processed.